Failure on the path to success

Failure happens.  Unfortunately.  It is not fun.  Nobody wants to celebrate failure.  Nobody is proud of a failed project.  That is easy to understand.  And I do not wish to anybody to fail.

That is the kind and normal statement.

And I hope nobody wish that I fail…

… what if failure could be seen differently. What if it has a useful role?  What if it is normal on the path of success?

Don’t we say this:

So is it possible that a failure is not a problem to avoid at all cost, but a normal part of our journey to excellence (although there are definitely some kinds of error to really avoid at all costs, but that is another discussion).

There is this book called “The Wisdom of Failure”, from authors Laurence Weinzimmer and Jim McConoughey that is mentioned in this blog.

Maybe as it says on the PsychCentral blog:

Real failure doesn’t come from making mistakes; it comes from avoiding errors at all possible costs, from fear to take risks, and from the inability to grow. Being mistake-free does not lead to success.

I also like a lot this article on Ben Affleck published by Forbes. 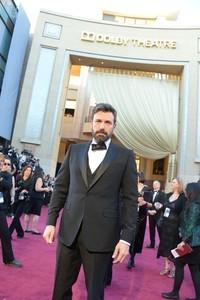 In a television interview from last December, Barbara Walters asked the wildly talented actor, screenwriter and director Ben Affleck how today’s Affleck would advise the one of yesteryear on how to navigate stardom. Implicit in Walters’ question was the assumption that he would tell the Affleck of old to avoid the myriad errors that had reduced him to a Bentley driving, J-Lo dating, and bad script choosing joke.

In the article, Ben Affleck is quoted answering the question with this interesting thought.

Affleck essentially said that his failures made him, that he wouldn’t change much of anything, that failure is ultimately the best teacher of all.

But of course, for failure to be useful.  You really have to focus on always learning, and learn from all mistakes.